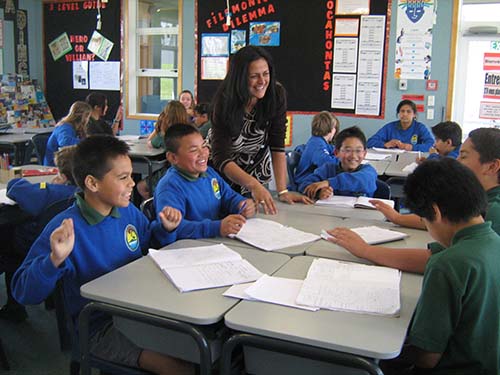 For the reason, the relation among the performers is not equal.

According to Cart Rogers cited by Brown (1980), self-esteem is the self-concept or self-structure that is thought as the organized configuration of perceptions of the self that are acceptable to awareness. It consists of such elements as the perceptions of one’s characteristics and abilities; the principles and concepts of the self in relation to others and the environment; the worth qualities which are perceived as having a positive or negative valence.

Coopersmith quoted by Brown (2001) says that self-esteem refers to the evaluation that individual makes and customarily maintains with regard to himself; it expresses an attitude of approval or disapproval, and indicates the extent to which an individual believes himself to be capable, significant, successful and worthy. In short, self-esteem is a personal judgment of worthiness that is expressed in the attitudes that the individual holds towards himself. It is a subjective experience that the individual conveys to others by verbal reports and other overt expressive behaviors.

Self-confidence is necessary in language study. As the explanation at the second paragraph, the self-confident students will use their time intensively. However, they will not intervene others’ times to make use language.They keep respecting and regarding others and absolutely give chances to the others to self-actualize their capabilities in the language study.

Brown (1980) says self-esteem is the most persistent factor of any human behavior. The successful cognitive and affective activities can only be accomplished with some degree of self-esteem, self-confidence, knowledge of yourself and belief in your own capabilities for those activities. Quoting Malinowski he says that all human beings have a need for phatic communion – defining oneself and finding acceptance in articulating the self in relation to valued others. Moreover, in fact, personality development universally involves the growth of a person’s concept of the self, the acceptance of the self, and the reflection of that self as can seen in the interaction between the self and the others.