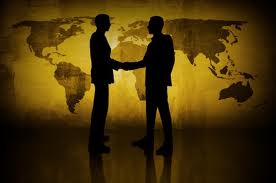 One of the most important skills anyone can hold in daily life is the ability to negotiate. Some approaches will be consider very important they are: first, hard approach that shows essentially competitive bargaining; second, soft approach that shows extremely integrative bargaining (this is done in order to meet other person interest); finally, principled negotiation that is somewhere between them but tend to be soft than hard.

In general, negotiation is a resolution of conflict. Sometimes we enter negotiations in order to start or continue a relationship and resolve a matter. Even before we accept our first jobs, or begin our careers, we all learn how to negotiate. Negotiation begins with the negotiation of pocket money with our parent. When we gather in the living room watching television, there involves negotiation a television programs with other member of the family. Some people are naturally stronger negotiators, and are capable of getting their needs meet more easily than others.

For someone who doesn’t have the ability to negotiate, they may break off relationships, quit jobs, or intentionally avoid conflict and uncomfortable situations. In the business world, negotiating skills are used for many reasons, such as to negotiate a salary or promotion, to secure marketing program, to increase product sales or to form a new partnership. The following are some examples of different types of negotiations in the business world:

·         Manager and secretary : negotiating a promotion

Negotiating is often referred to as an “art”. While some people may be naturally more skillful as negotiators, everyone can learn to negotiate. And as some people often say in business, everything is negotiable. There are about two strategies which underlining negotiation. The first, positional bargaining that is negotiation strategies that involve holding on to a fixed idea, or position of what we want and arguing for it and only for it. The common example of positional bargaining is the bargain that takes place between seller and customers= over the price of certain product. The customer has maximum amount she will pay and the seller will only sale the things over the certain minimum amount. Each of them starts with an extreme position for monetary value and rolling through negotiate and make concession and finally a compromise may be reach. This is may be the first strategy for any people to adopt when entering negotiation. Therefore, positional bargaining is often considered as less constructive and efficient strategy because it is not likely result in a “win-win” result but sometimes result in bad feeling among them.

The second, integrative negotiation where they collaborate to find “win-win” solution. This strategy focused on developing mutual beneficial agreements based on the interest of the people involved in negotiation. The interest may involve the needs, desire, concern and fears important to each of them. This strategy is very important because it usually produces more satisfactory result for the participant involved than positional bargaining.

For those who want to be a good negotiator the following techniques and skills that aid people in the negotiating process may include:

As a final point the writer hopes that these overviews could give you the illustration when we involve in negotiation. And you should have the skills on negotiation in order to succeed in doing business. (F&T)