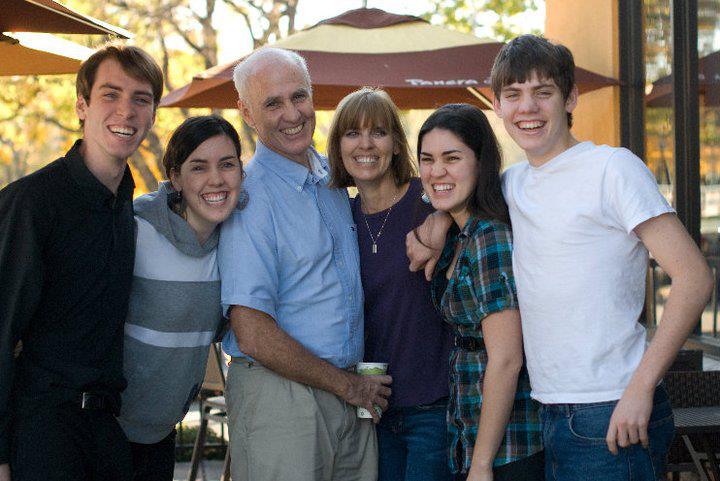 Learning English is quite difficult but it is also interesting. Three of us, students from State Institute for Islamic Studies (STAIN) Salatiga once got a chance to join a program called a ‘home stay with American family’. Actually it was not a school program but it was a result from the good relation between an American family and several lectures in our university. The Foshdale family, the American family, consists of 6 members: Mr. Frank Foshdale, Mrs. Karren Foshdale, Rachel, Nathan, Rebecca, and David.

The first and second children are now studying in America. The third and the fourth are still studying in Mountain View International Christian School in Salatiga. When we had our home stay program Rebecca and David were spending their holidays in America. So for about 3 weeks there were only Mr. and Mrs. Foshdale in the house.

On Sunday afternoon, June 19th 2006 we started living in their house. We would stay there for three weeks up to July 10 2006. Fajar, Lukman, and me, myself, Azis were happy with our first experience living with Americans. Although they lived in Indonesia but they had American atmosphere in their house so we felt like we had been in America.

I stayed in a purple room with Fajar and in this room there were plenty of pictures of those who have stayed there. The tradition in the Foshdale family were among others we should not let the door open when we went out and we had to turn out the lamp when we were not in the room. We tried to always follow this tradition but sometimes we forgot. We also tried to make our bed so that it didn’t look messy

We joined the home stay because we wanted to study English more and many thanks to Karren that she had prepared scheduled activities in the afternoon to practice our English, such as playing games, performing drama and delivering speech. We had a deal that we should use English as the language for all activities outside our bedrooms. However, Fajar and I tried to use English wherever and whenever we were in the house.

One day, Karren gave us lots of stuffs and we had to make a drama using all the stuffs, Fajar and I performed “the Robbery of Antic Bottles” and “Children Toys’ Salesman”. We only had five minutes before performing our drama. It was amazing that we spontaneously changed the plot that we had planned before and the drama turned to be funnier than the one we planned.

In another occasion Karren provided a topic and we had to simultaneously deliver short speech without adequate preparation so it felt like we had to use our English as best as we could. Believe me it was fun because some words were not pronounced correctly and Frank marked our mistake and gave correction every time we finished our speech.

Twice we were divided into two teams and each team had one handy talkie. The first team went out first and after several minutes the second team tried to find them by getting information about the location, road conditions, and directions. Thus, we practiced to use English through handy talkies. It was fun because we lost several times and we had to go back to our previous position. When we found the opponent team we felt very happy. Each team was guided by Franks and Karren. They helped us when we did not use the correct English to say to our opponent team.

We didn’t have any obstacles performing our daily prayers in our bedrooms. Although Mr. and Mrs. Foshdale are Christian but they are very tolerant to our religion and rituals. Occasionally, we had a discussion about religion.

There were two dogs in the house. They are Duck and Dash. The first was male and the later was female. they did not bother us. they were obedient dogs. Even though at our first encounter before these dogs recognized us they always barked at us but after a couple of days they were okay. we also felt okay having them around.

At the first dinner we had fried chicken, and French fries (fried potatoes). Actually Frank and Karren did not eat rice but because we were there they provided us rice. Karren knew that we were still hungry if we only had food without rice. She also provided snacks, cake and so on in hte kitchen and we were allowed to have them whenever we wanted and they let us make Indocafe Coffemix or Nutrisari anytime. The next days we had more Indonesian food to keep us from taste shocked. Karren said, “I do not want you guys to be frustrated because of the food we provided”.

they taught a lot of interesting games and of course there was no Indonesian there was only English. The names of the games are “Game of Life”, Monopoly (English Version), Domino and Detective game (we had to find the correct murderer, place and weapon that the suspect used to kill someone in scene by collecting many evidences. It was really challenging. We also played Play Station 2 (PS2) and DDR (dance-dance revolution) to have fun.

He knew Karren for the first time when he stayed in Ma’had STAIN Salatiga. He is the first student to write article for this bulletin. He has set a good example and hopefully the rest of you would follow his way.