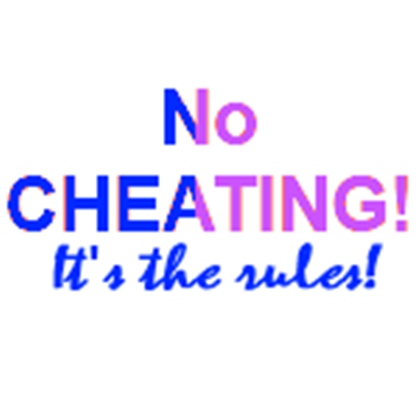 The national examination contaminated with cheating issues based on Kompas dated 16th April 2012 and the article on ‘Distribution of Answer Keys by SMS’ in Depok-West Java. Amazingly, the answer keys were sent from phones to phones. They were not only accepted by examinees, but also private workers who did not take the exam. The answer keys were sent completely for the package of 5 exams. One of the facts came from Ari Supratman, a national examinee from Open High School of Yayasan Bina Insan Mandiri, taking exams in Depok High School 5. Although he received a text message about the answer keys via cell phone, he did not use it. He worried that the key was incorrect.

In Demak, Central Java, the circulation of answer key SMS happened in the National Examination of vocational high school level. The finding was related to the answers of Indonesian language examination. Some students confessed that they received that SMS from their out town fellow. The SMS containing 50 answers for questions of Indonesian language examination immediately spread among the participants of the National Examination.

Likewise, the different modus of cheating happened in Kudus, Central Java. There are a number of students and parents consult to fortunetellers in preparing their national examination. Rum Akib, the Chairman of Teacher Cares Education Forum of Kudus, said that the paranormal received Rp 7.5 million for an answer key package of a tested subject. Besides that, the fortunetellers provide the students with magic pencils and stationeries that can help them to answer the questions. Based on that finding, Rum Akib claims that such irrational way of thinking still exists among Javanese people.

Cheating on Examination as a Root of Corruption

A senior official of the anti-graft agency has warned us “this week cheating on National Examination is one of the roots of corruption practice in the country.” Therefore, students should avoid doing so. In line with that, The Deputy of Corruption Eradication Commission (KPK), Bambang Widjojanto said that students must be “brave” to take the exam “without any devious tricks.” In The Jakarta Post, he also said that ‘who we are today reflects who we are in the future’. Cheating during an exam is an atrocious thing to do. It will sabotage our future. The expert of Education, Arief Rahman echoed Bambang’s statement by saying “any forms of dishonesty, including cheating, probably trigger the practices of deception when they are growing older.”

Arief also acknowledged that the battle against cheating in exams was difficult. He recalled the case of Siami, a whistle-blower, who revealed cheating in East Java last year. Siami was shunned by her neighbors after disclosing cheating during national exams at her son’s school in Gadel, Surabaya. He added that fighting against fraudulent practice has never been easy, even since the colonial era. The thing is that we must accustom with our society to shrug off the practice because cheating has become system and culture.

Based on that hadist, honest students will keep their attitude because they will get heaven, and set on the side of God. As result, such state of mind will lead them to have strong confidence of their own skills and knowledge to do the exams. Further, they are very optimist to pass the examination well. They will not be interested to ask paranormal about the answer key and waste their money. In case of dishonest students, the penalty is hell and the result is bad attitude.

From religious perspective, we can associate that honesty is the antidote for lying behavior. In the case of national examination, the lying is similar to the cheating behavior of the circulations of answer keys through SMS via cell phone.

The Importance of the Honesty Model of Prophet Muhammad SAW

The conjunction between honesty and education is a crucial topic discussion as mentioned in Arief Rahman and Bambang’s statements “any forms of dishonesty, including cheating, probably trigger the practices of deception when they are growing older.” It means that teaching honesty in educations since childhood is very important because it can shape the main character of the children. We also have to give the real examples of the consequences of being dishonest such feeling of guilty and anxiety.

In fact, Prophet Muhammad is well known as the most honest man far before the advent of Islam. Even the pagans of Mecca, who do not believe in Islam, gave Prophet Muhammad  the title of al-Amin (the trustworthy). This is the reason why the honesty of Prophet Muhammad SAW is appropriate to take as a role model for our daily life.

In addition, Mr. Ahmad Yani, MA, the book author of Rasulullah as an Educator (Inspiring and Idolizing the True Educator), wrote “If we apply the Prophet’s Methods in education, we will find a success of education which is so astonishing that never reached anyone in history.” Students or children really need a true figure and educator who can be inspired and idolized. A figure of good educator will certainly create a good quality of educations in the future.

That is the description of the honesty of Prophet Muhammad SAW that we can use as a role model for Indonesian students to avoid cheating behavior on national examination. By having such quality of honesty, Indonesian students will have more noble characters for this moment and the future to come. Finally, the practices of deception when they are growing older will not happen. Let us avoid cheatings behavior in order to create a better future of zero corruption nation.