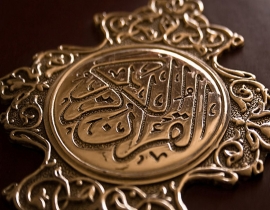 As a Muslim I do believe, Islamic teachings that are written down in the Holy Qur’an and explained in Hadith (prophetic traditions) are complete, perfect, and thorough. The Islamic teachings were revealed to human beings because Allah SWT loves them. The purpose of the teachings is to guide the humankinds to act upon the straight path. The Almighty God does this because He will never let His creatures live unguided and confused. This is coincidence with the God’s guidance revealed through His several manuscripts as Torah, Psalm, Bible and Al-Qur’an Al-Karim.

Yet, when revelations arrive on human hands, they will respond them differently. Some refuse God’s commandments and others need a long process to accept and the others welcome the revelations enthusiastically. Those who have received the God’s guidance will be various in interpreting the commandments. These will entail different paradigms that may be unfamiliar one another. The differences may share from individuals to individuals, communities to communities, and from areas to areas. Therefore the difficulties – as being explained by Kecia Ali, in encountering the instructions including Islamic law, are not only undergone by the progressive Muslims in contrast with the conservative ones but also inside the progressive or conservative Muslims themselves. They argue and debate among others to preserve their ideas through reasonable excuses. Even though they still could not come into the same agreements.

The differences in responding Islamic law are because Muslims posses different capacities. Because of the differences do the interpretations vary from scholars to scholars. For the reason, Kecia Ali says that every, innovation including the innovation she proposes, is not the most improved. The interpretation is not equal with God’s plans so this is not absolutely perfect. Even though, I think that God will never make the unformed interpretations. If God likes, God will absolutely consider the ideal wants recommended. God lets human beings try to approach from different points of view. Thus this is coincidence with the nature of human beings that are different.

Amin Abdullah proposed three approaches to the study of religious laws. They are doctrinal-normative, cultural-historical, and critical-philosophical. The three of them must be linearly applied if we want to get improved comprehension. The separation of them of course will create incomprehensive understanding and study of the laws. In fact, some Muslim scholars – the conservatives, use one of them – only the first one and leave the others behind. Thus, the study that is based upon the other approaches is not covered. The later – the progressive scholars usually use the three of them linearly. However, the approaches they use cannot be falsified since this is their rights to do so. They put big respects to the others, though they have different approaches. The Interpretation of the laws is, in fact, the matter of paradigms and beliefs.

In short, it is natural if there are difficulties and problems encountered by progressive Muslims in facing conservative supporters because of different approaches used to interpret the Islamic laws. The important thing is we should perform the very religious laws based upon the argumentative reasons we do convince.