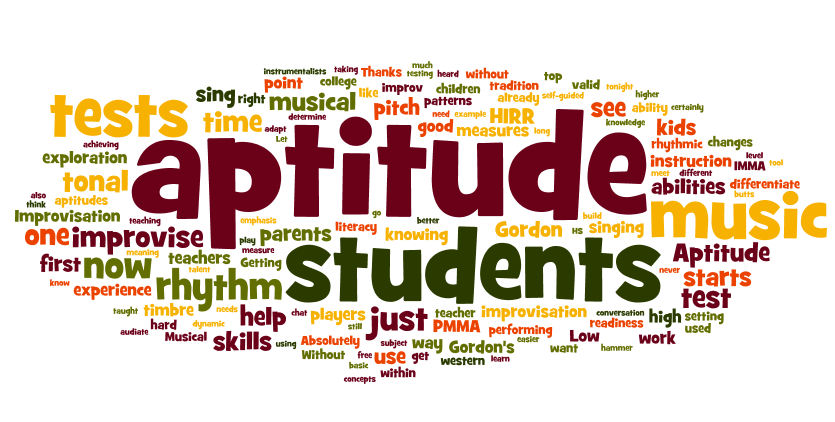 Everybody has an innate ability to master languages. However, one has different aptitude in the process and the progress of that language mastery. This is the fact that everyone speed in catching up language is individually isolated and various. Some pupils master language very fast but others learn language in a normal speed. The other pupils, in fact, learn language very slowly. The latter, accordingly, needs the longer opportunity compared with those having the normal and faster speed in language learning.

Usually, the terms aptitude and in-aptitude cause significant effects to language learners. Students who feel aptitude will be well motivated to learn. But on the contrary, those who feel in-aptitude will be less motivated and even become frustrated to study. They will be reluctant to study hard by reasoning that even though they have tried many they will get the same results. This is since they are in-aptitude.

Actually, the slow learner students must have different strategy to study language from those who learn fast. They should be aware that they are different from the fast learners. They may spend the longer times to comprehend language materials; thus they need the longer times too to study. Consequently, they must be more patient than those who fast learn. However, this is very difficult to come into being. The slow learners like to spend the same time as the fast learners. They not stay at school when they finish studying early. They are reluctant to join discussion to sharp their knowledge. They never go to library and more like to gossip or just chat with friends, through they have opportunity to do. This is the fact that house who are active in discussion are the fast learners not the slow ones. Then, when they fail in the study they just say that they are in aptitude to study language. The saying can be true because they are impatient to study not because they are in aptitude.

Since aptitude concerns with language learning processes, student should make a lot efforts. They should do a lot because it can be manipulated. Report in researches say that in aptitude students are able to master language well because they have unmatched patient. They always study hard and consult with their teachers when they find difficulties. they absolutely proactive to confirm to all who are able to solve their problems. finally, they enjoy their efforts in a fairly short time. And they become skillful in using language as the skills of the fast learners.

To understand whether students have good aptitude or not, teachers may conduct an aptitude test. Aptitude test is administered to measure students’ aptitude for learning. In language study it can be used to predict what kind of performance expected to be mastered by students. David P. Harris (1969) suggests that at the time of speaking, the examinees may have little or no knowledge of the language to be studied, and the test is employed to assess their potential. Thus, it can be administered for those or common people who know nothing. And when they have been joining language classes, it is useful to determine the following level of difficulties, materials, and students’ grades.

Harmer (2001) says some students are better at learning languages than others. At least that is the generally held view, and in the 1950s and 1960s it crystallized around the belief that is was possible to predict a student’s future progress on the basis of linguistic aptitude test. But it immediately became apparent that such tests were inconsistent in a number of ways. They did not appear to assess anything than general intellectual capability even though they apparently looked for linguistic talents. Further, they favored analytic type learners over their more ‘holistic’ counterparts, so that the tests were especially suited for people who have little trouble doing grammar focused tasks. Those with a more ‘general’ view of things – whose analytical capabilities are not so highly developed, and who receive and use language in a more message oriented way – appeared to be at a disadvantage. In fact, analytic aptitude is probably not the critical factor in success. Quoting Peter Skehan he says that what distinguishes exceptional students from the rest is that they have unusual memories, particularly for the retention of things that they hear.

Harmer (2001) says that another damning criticism of traditional aptitude tests is that while they may distinguishing between the most and the least ‘intelligent’ students they are less effective at distinguishing between the majority of students who fall between these two extremes. What they do carry out is to influence the way in which both teachers and students behave. It has been suggested that students who score badly on aptitude tests will become de-motivated and that this will then contribute to precisely the failure that the test predicted. And teachers who know that particular students have achieved high scores will be tempted to treat those students differently from students whose score was low. Aptitude tests end up being self-fulfilling prophecies whereas it would be much better for both teacher and students to be optimistic about all of the people in the class.

From the reviews above, it is clear that there is absolutely no aptitude and in aptitude students. All students must be aware that this is their business to be successful in the language learning. But, those who feel slow in learning, in fact, should revitalize their ability to pursue their success by studying a lot. This way may produce optimistic students to achieve the better result in language learning. (F)