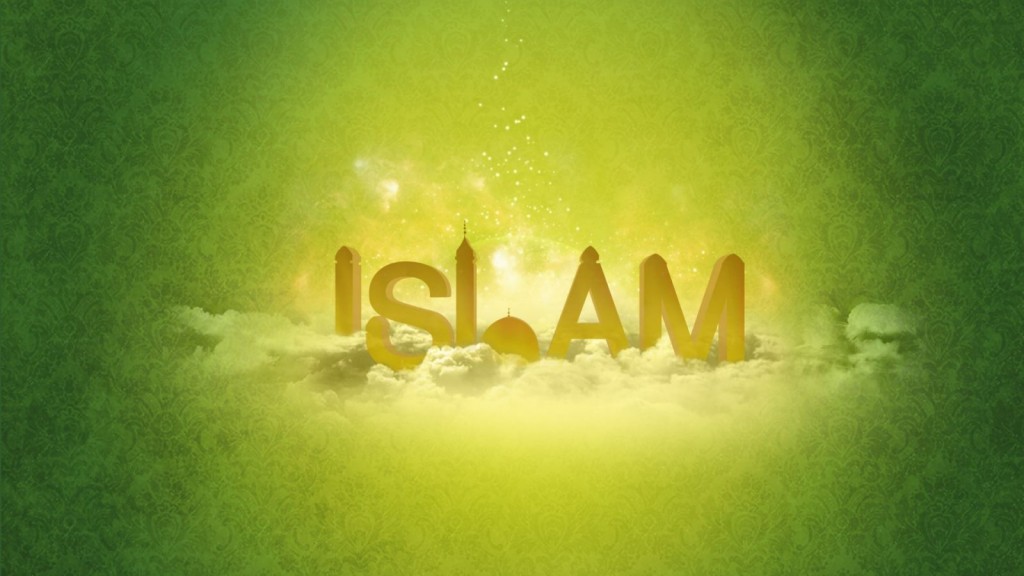 Islam is a universal religion. Islamic teachings are addressed to all human beings regardless their ethnicity, race, or nationality. They are persuaded to embrace it as far as they are willing to receive the region as the way of their life. Those who refuse, however, are not forced to be Muslims. This is based upon God’s commandment in Cow (2:255):

“No compulsion is there in religion. Rectitude has become clear from error. So whosoever disbelieves in idols and believes in God, has laid hold of the most handle, unbreaking; God is All-hearing, All-knowing”.

When people have embraced Islam, they should endeavor to be pious Muslims. To prove, they must be consistent with Islamic teachings. They should strive hard to conduct the all religious teachings without bargaining. Thus they are able to be perfect humankinds. God says in cow (2:208) that Muslims should not follow the devil’s persuasions because they will suffer them. satan is the real humans’ enemy.

Besides having to embrace Islam or to serve Allah s.w.t holistically, Muslims also have another responsibility namely to build cooperation to others – Muslims or non-Muslims. This is because they are part of this Globe’s populations. They could not ignore the existence of the others as the members of human community. There is an absolute God’s law – the syariah, however – as previously mentioned, that should be taken into account consistently that is the Islamic teaching – the aqidah. Although they get along with people from different religious backgrounds, they must be consistent – istiqomah. They are not permitted to mix up between the rectitude and the error (Cow: 42). Thus, their second duty – as the members of the societies, is to cooperate and work together with the others and to perform good deeds and not otherwise bothering of for some extent “violating” them because Islam is not inherently violent. God says in Apartment: 13:

“O mankind, We have created you male and female, and appointed you races and tribes that may know one another. Surely the nobles among you in the sight of God is the most godfearing of you. God is All-knowing, All-aware.”

In practice, however, the vertical (the relation to Allah s.w.t) and the horizontal (the relation to human beings) relations are still far from Islamic ideals,. Some “Muslims” are not consistent with the first Islamic teaching because they do not serve Him. They disobey and disregard Allah’s commandments and pursue the idol’s teachings. Some others fail to build the horizontal relation. They argue this is unimportant. Muslims will be safe as far as they strive to merely serve god. Even, the others absolutely fail because they could not build whether the vertical and the horizontal relations. Allah reminds that whosoever will engage to humility unless he/she tries to serve Him and establish relation to humankind (Qur’an, 3:112).

Islam is a peaceful religion, peace to God and peace to human beings. Normatively, it never teaches the adherents to disturb, attack and violate others. As far as I know, Muslims should take a response to attack if they are formerly attacked by their enemies. This must also be done if they have been forced and there is no alternative path anymore. Therefore, they are not permitted to initiate to attack against the others. According to Islamic traditions the terms of Holy War or jihad is broader than with what is practiced by a few groups of Islamic movements. Sometimes, they perform the narrower terms of jihad that is to attack others – including to the same Muslims without reasonable excuses. For there reason, there are many innocent people – Muslims or non-Muslims killed. They take revenge one another not only to the others but also to other Muslim sects.

These narrow terms of Jihad are of course – according Fazlur Rahman, contradict Islamic teachings. He says that Islam teaches its followers to perform as good deeds as possible based on Qur’anic and Hadith perspectives and ideals. Islam also invites Muslims to work together to others to create civil society. Islam conceptualizes that Muslims should contribute creating the peaceful life the world over. In Apartment 13 God says, Muslims need to create togetherness and not otherwise breaking each other and among people around the world. The mission of Islamic teachings concerning the peaceful life creation in fact is so Holy, though the many of them are not yet ideally practiced in a daily life.

To be addressed (passive): Ditujukam