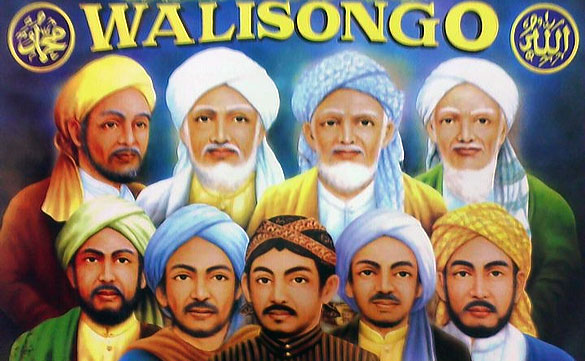 The discussion of the ways used by the nine Islamic clerics (Walisongo) in spreading Islam in Javanese community is not much understood and developed. It is not easy to find out references that talk about their ways to persuade indigenous Javanese people to be Muslims. Therefore, the understanding of the young Muslim generations of the clerics’ excellencies is very restricted. They just understand their very invaluable history of them from mouth to mouth or from people to people retelling their experiences they possess who perhaps do not absolutely understand the exact story of them. The stories are usually those that are shown in traditional Javanese drama that is the-so called Kethoprak and the nine clerics’ film screened on television. The writer guesses that the stories retold are not exactly pure and have been mixed with some ingredients making them look more interesting and extraordinary. Consequently, the original clues of the stories may be bias since they have been influenced by the story tellers’ imaginations and story tellers’ imaginations and interests. The revisiting of the clerics’ history, as a matter of fact, is very crucial in order that they catch up the exact facts to be exemplified in this modern world.

Since the discussion of the nine Islamic clerics is inevitable, Muslim historians need to concern their own time and energy to investigate the chronology of Walis’ life and their roles in spreading Islam in the island of Java. Thus, the study of the available old texts is necessary to avoid the distortion of the facts from the original and real data. By tracing the original texts, the Muslim historians are able to review the fame and greatness of the Walis’ struggle and to exemplify the practical ways in proselytizing Islam. Muslims, therefore, will be well informed and understand the hidden messages left. Thus, the contemporary drama or film of Wali screened on television should be consulted to the real story and not vice versa. The film producers may possibly develop and mix the story with their illusions, but they must base their ideas upon the core of the stories recorded by the Muslims historians.

To much learn, Muslims should acknowledge that the success of the nine Islamic clerics in spreading Islam in the island of Java is unimaginable and undeniable. Though they were not well educated in the modern education institution, but their ways in campaigning Islamic teachings were very amazing. In the very immediate times, they had been able to influence and change the given community beliefs into Islam. They voluntarily embraced this religion since they were interested in the cleric persuasion in introducing Islam. They congregationally attended and followed ceremonies held by those clerics accompanied by the decree and decision to believe in Islam soon after the ceremonies ended. Through two simple statements witnessing that there is no God but Allah and that the prophet Muhammad is His messenger as well as His prophet (Syahadatain) the people had been Muslims.

It seems that the ways used by the nine clerics in spreading Islam were very wise. They had applied the ways that can be revitalized in this modern world. Through the ways they had been successful to implant Islamic values in the innermost heart of Javanese people without eliciting big tensions or serious conflict among the communities. The conflict might possibly happen but it did not entail very big dissension. For the reasons, it is very important to review and revisit the ways of spreading Islam conducted by the nine clerics in indigenous Javanese society because of several reasons: 1) they were very successful to propagate Islam in Java; 2) they were able to accommodate the indigenous interests concerning their own local cultures; 3) they were very wise to respond the indigenous local cultures; 4) they tried very hard to assimilate Islamic messages to indigenous beliefs without eliciting cultural shock, 5) the process of assimilation began form bottom up; 6) they left the hidden messages that should be finished by the following Islamic messengers.